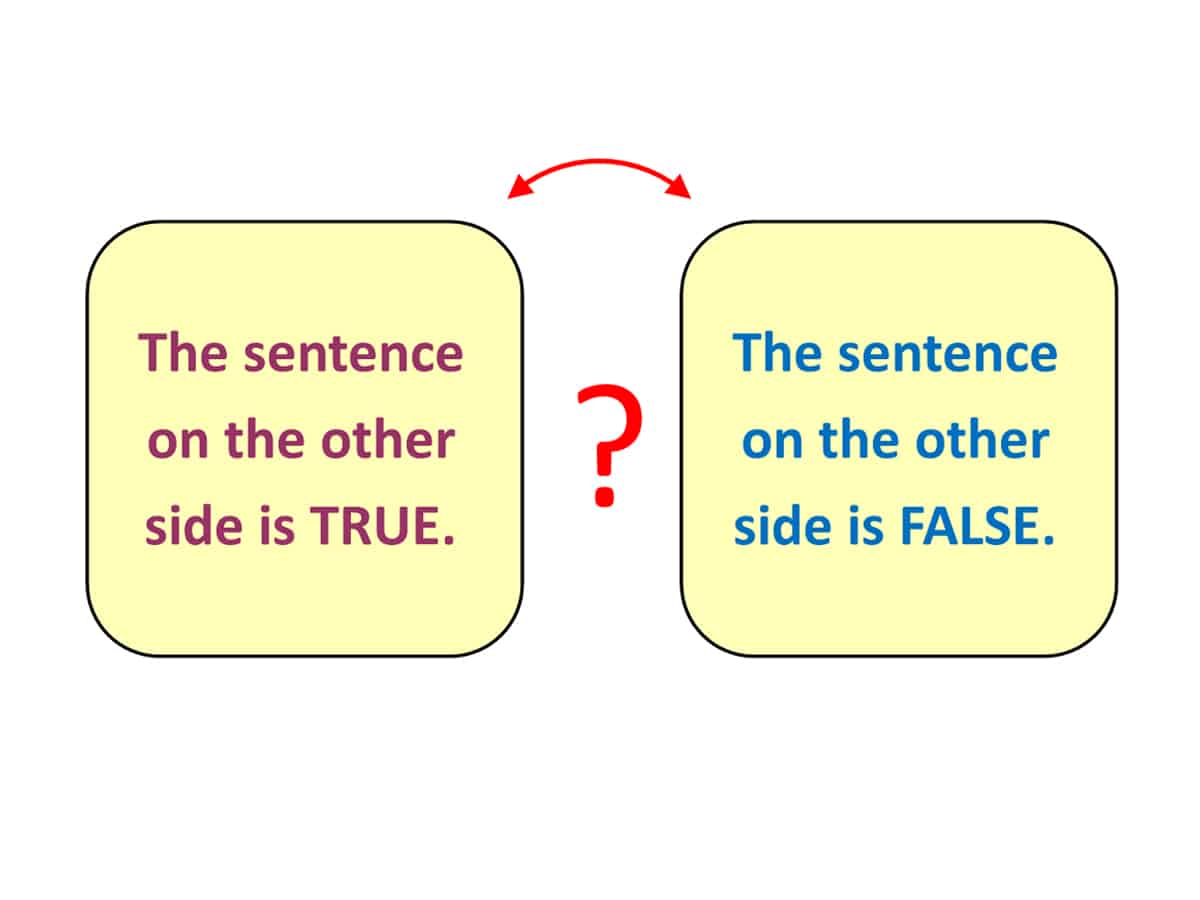 Let’s call the first sentence ‘A’ and the second sentence ‘B’. If A is true then that means B is true, which implies that A is false – a logical contradiction. This means that A cannot be true.

What if A is false? That means that B is not true, so B is false, which implies that A is true – another logical contradiction!

Either way we have a problem, meaning that sentence A is neither true nor false. One possible conclusion is that we have a big problem and a logical paradox! A convenient way round this is simply to ban self-referential statements as being nonsense and refuse to even consider whether they are true or not.