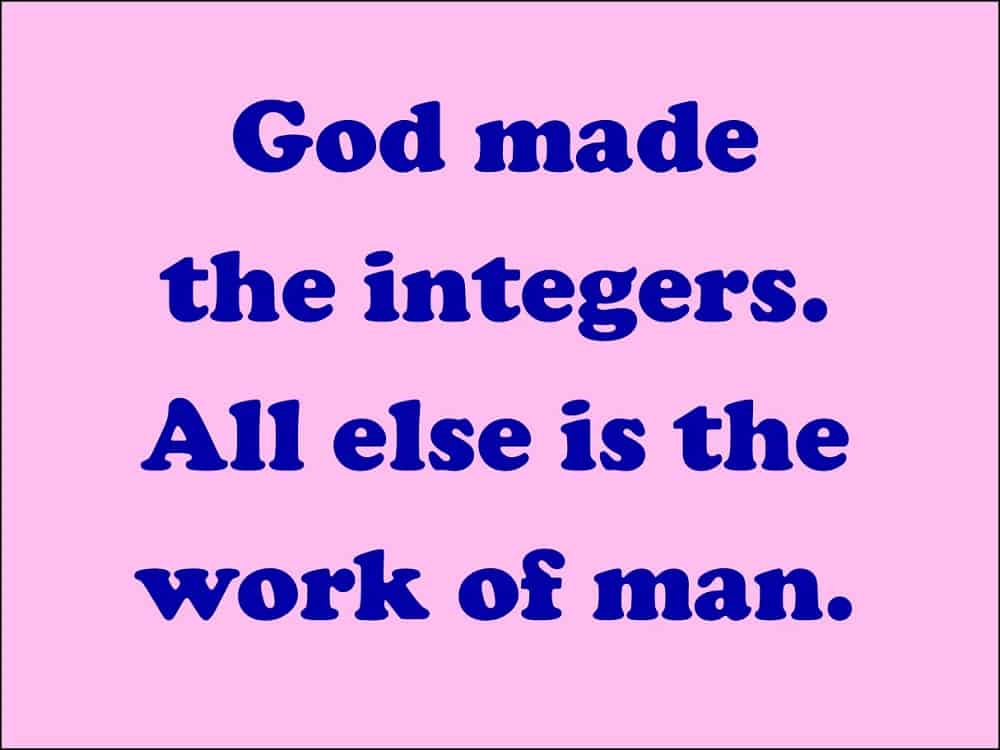 WHY KRONECKER WAS WRONG: the integers (whole numbers) include the Positive Integers or “counting numbers” 1, 2, 3, 4 and so on: easy for a child to understand. We could quite reasonably argue they are “made by God”. But the integers also include zero, which clearly does not exist: by definition it is nothing! And what about the negatives: can you show me “minus one sheep” or “minus two cows”?! Kronecker was wrong to suggest that numbers as bizarre as zero or the negative integers were made by God – they are quite clearly human inventions.

MORE REASONS KRONECKER WAS WRONG: despite not being an integer, even the “imaginary number” $i=\sqrt{-1}$ can reasonably be said to exist. We can after all use it to do real sums and get the correct answer.

WHY KRONECKER WAS RIGHT: Kronecker’s argument was that fractions, decimals, surds and the irrational numbers are human inventions. Useful yes, but made by God no.

Clearly I’m playing Devil’s advocate here. But mathematicians have debated for centuries whether maths is “invented” or “discovered” – and we will probably continue to debate it for centuries to come. What do you think – do numbers like $-2$, $\pi$, $\sqrt{2}$, $e$ and $i$ exist or have we merely invented them as bookkeeping tools and to help us do our sums?