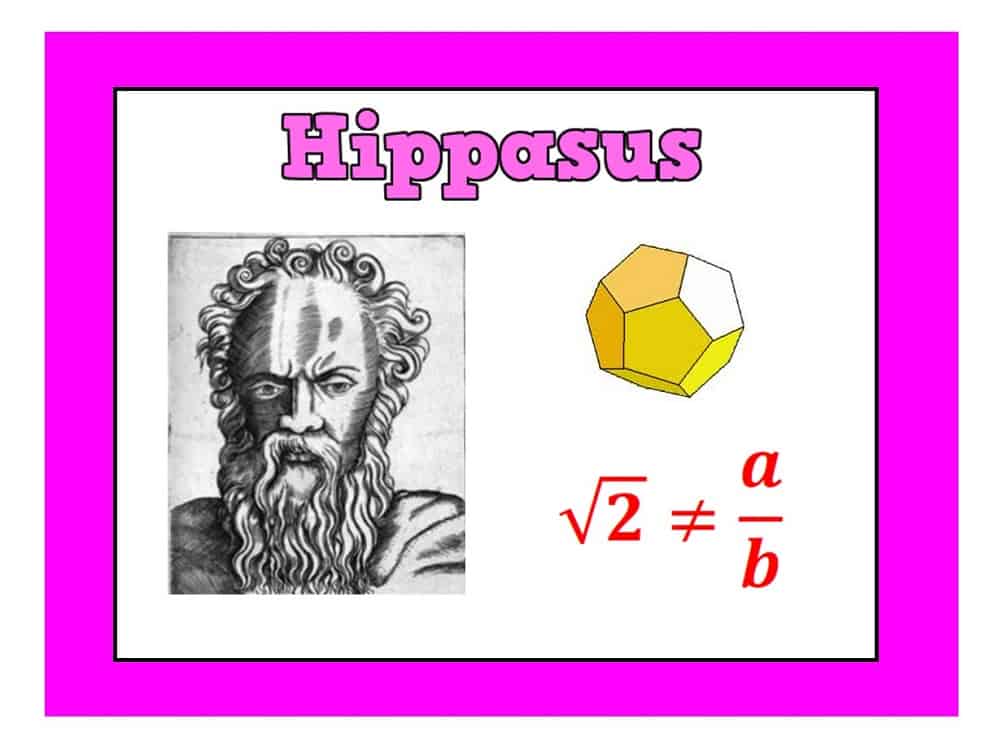 HIPPASUS: was an Italian born mathematician who lived around 500BC. Legend has it that Hippasus was drowned at sea after daring to suggest that some numbers cannot be written as one whole number divided by another. His pals at the Pythagorean school of maths clearly thought this idea was shocking – but it turns out that these so-called irrational numbers  do in fact exist. Not only that, but they are in some sense even more numerous than the (already infinite) set of fractions.

Whether or not the story is in fact true, it teaches us the important lesson that maths has a rich history of throwing up surprising results. “Because it’s obvious” is probably the most dangerous expression in maths – and is certainly not a valid method of proof!

Hippasus is also famous for revealing how to construct a dodecahedron (a beautiful 3D shape made from twelve regular pentagons). At the time, this was a closely guarded secret; fortunately these days mathematicians who have made a new discovery are more likely to shout it from the rooftops.